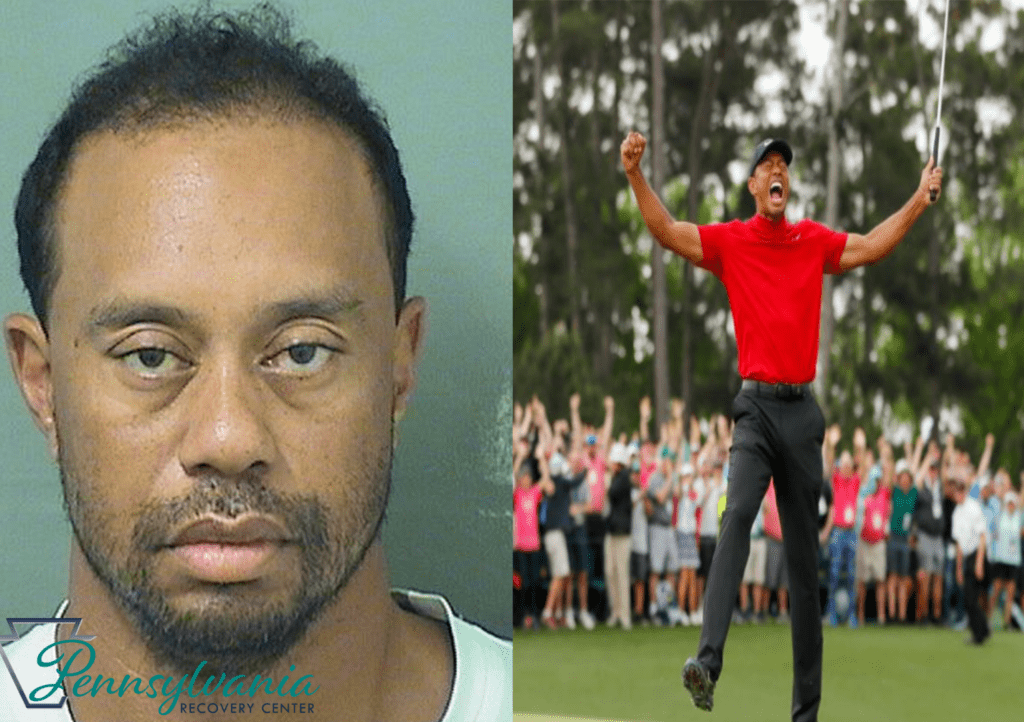 Tiger Woods was the 1996 Sports Illustrated Sportsman of the Year. He won his first Master’s in 1997, and was the youngest to do so at the age of 21. The man was a prodigy professional golf had never seen. A sensation that secured sponsors like Nike, and racked up billions of dollars in his bank account. He holds numerous PGA tour wins and holds many records. Some would consider him one of the greatest golfers of all time.

Addiction Does Not Discriminate

Despite all of this his superhuman pedigree could not save him from percocet addiction. His story contains a powerful lesson for us all, and shows the public how devastating drugs & alcohol can be. If addiction can take down one of golf’s greatest heroes, who is safe? In a world where individuals die in the hundreds every day from the opioid epidemic, and the majority of the public deems addicted individuals as bottom feeders, low lifes, junkies, and worse, Eldrick Tont “Tiger” Woods could be the hero the addiction community needs. The stigma of addiction keeps people from asking for help. Fear of being shamed in public has cost many a person die in isolation. This needs to change.

In 2017 Tiger’s world crashed down when he received a driving under the influence charge(DUI). The toxicology results showed he had Percocet, Vicodin, dilaudid, Xanax, Ambien, and marijuana. A combination that could kill. He was a man in complete control on the golf course, but when it came to his addiction to painkillers, and alcohol he was completely out of control. A fact that most who have not suffered do not understand. Even though most addicted people want to stop they find they cannot despite their best efforts. And despite their status or accolades in life. When addiction has you in it’s grip they mean NOTHING. The infamous mug shot and video that followed has become as iconic as his golf game. His family was  in disarray, he couldn’t find his swing on the golf course, sponsors lost money meaning Tiger lost money, and he was terribly addicted whether he wanted to admit it or not. Addiction takes everything from us, and Tiger was losing it all right before the public eye. Everyone counted him out. The sports media suffocated, and destroyed him. Social Media trolls ripped him from limb to limb. It was a hole no one thought he would dig out of with an percocet and opioid addiction stronger than ever.

After the bottom fell out, and he admitted defeat Tiger accepted professional help for his percocet addiction,  and entered a drug & alcohol rehab. Yes 41 year old billionaires have issues like us all. Addiction rehab is not as bad as it seems. The food is good. The beds are comfortable. And you have time to focus on yourself without the distraction of the outside world. Tiger took this time, and invested a lot into his recovery along with intensive outpatient addiction treatment after the inpatient stay. But time takes time. Just because we stopped drinking or drugging for a day doesn’t mean we are cured or back to where we want to be. It takes a certain degree of resilience that Tiger showed to get knocked down, but keep getting back up. Again the sports media destroyed him as his play was sub-par. For the next two years people thought the Tiger of old was dead and gone. A sorry ending for a legend in the game.

But then April 14th 2019 happened. A man that was written off reclaimed glory. Tiger showed us all the power of recovery, and that we should never stop believing. The Master’s victory was a piece of art. And when the history books are written. It will have to show that addiction does not have to be end of our story. If Tiger can do it, so can you.

If you or a loved on is seeking help for a percocet addiction or alcohol addiction please don’t hesitate to call 610-233-4342 or email admissions@parecoverycenter.com.

Ready to get help for Percocet Addiction?

Submit your insurance for a free verification and referral.